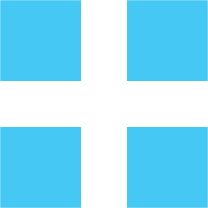 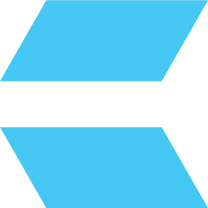 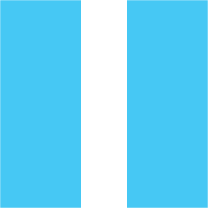 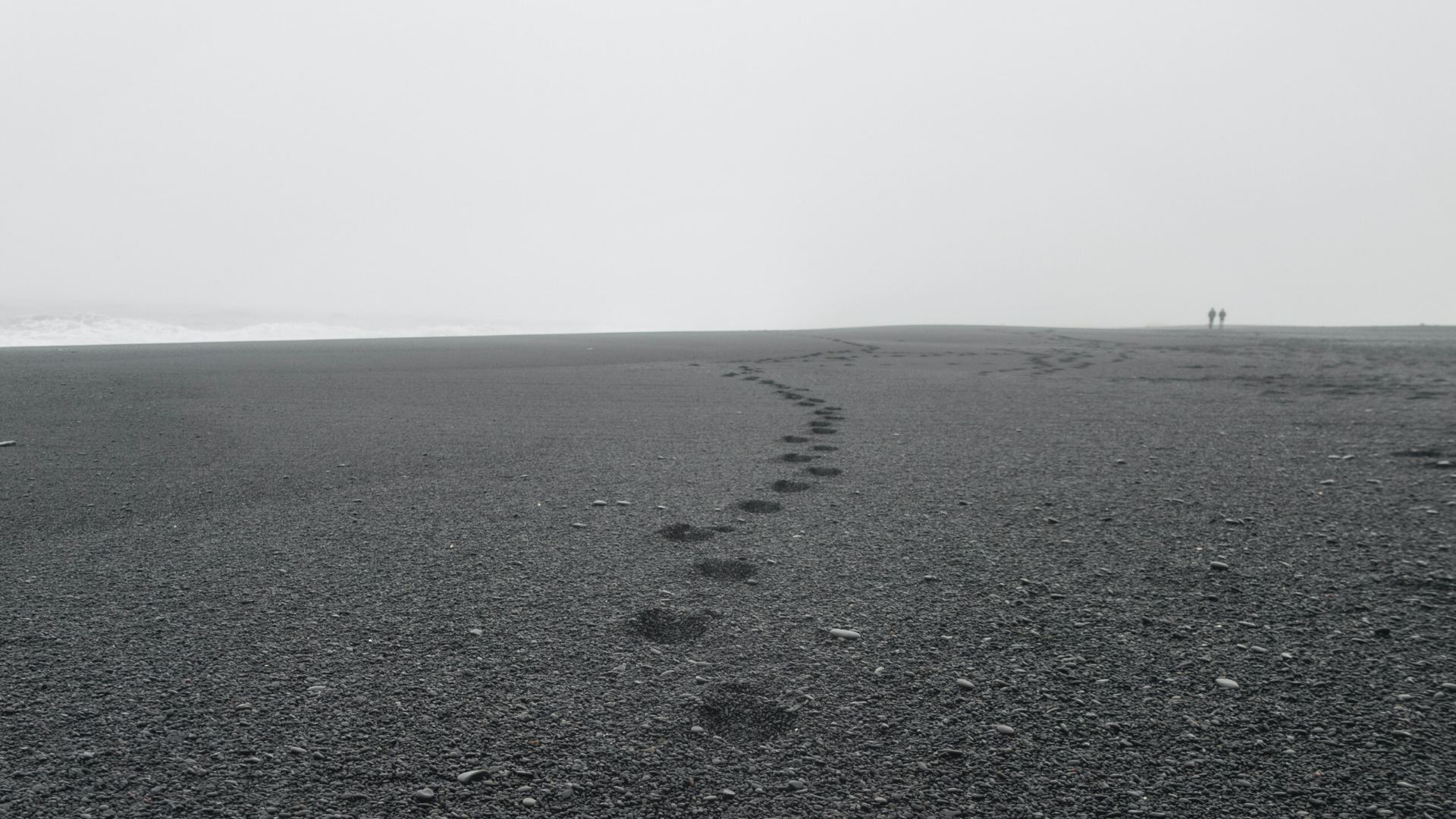 While it wasn’t yet Easter Week, it was late in Jesus’ time here on earth. He was known. The word was out. Jesus could heal people. And so, on his way to Jerusalem he enters some unnamed village, (meaning it could have been yours or mine) and was immediately met by ten lepers. What a dangerous disease in the first century—leprosy. As a leper one was forced into isolation – to stop the spread of the disease. The only people a leper could be around was…another leper. And here we see a group of ten lepers coming to meet Jesus. A number we have grown so familiar with: “The CDC recommends people meet with no more than 10 people at a time.” And here comes Jesus, the healer, walking straight into their village, straight into their isolated lives. It says the lepers stood at a distance. They must have wanted to run straight up to him – here he was the only person who could take away their disease – and yet they distanced themselves. They couldn’t let this moment pass by and so they lifted up their voices. All they could do was cry out to him…from a distance…from where they were. They asked Jesus for mercy.  Mercy? Seems a strange request…mercy.  What they really meant by “mercy” was, “heal me from this awful leprosy. Heal me so I can go back and be around my family and friends again.” What they really wanted was for their lives to go back to normal. And that didn’t necessarily include Jesus.

How then did Jesus respond? He tells them to go and show themselves to the priests (because according to Hebrew custom the priest was where a leper went to prove that he was, in fact, healed.  Once verified, the leper could return to normal life). They didn’t recognize it at first – they simply started making their way to the priest. And as they went they were cleansed. Whether or not all noticed it doesn’t say. What it does say is that only one turned back and started praising God with a loud voice. Actually, it says he fell at Jesus’ feet and gave him thanks. Supposedly the other nine, cleansed, healed lepers kept right on walking totally forgetting (?), neglecting (?) the one person who healed them. And instead, just one turned back. Just one. This didn’t escape Jesus, as a matter of record Jesus said, “Were not ten cleansed? Where are the other nine? Was no one found to return and give praise to God except this foreigner? Rise and go your way; your faith has made you well.” Wow. The disease that infected those lepers was much more severe than leprosy…somehow years of diseased, isolated living still hadn’t managed to soften nine men’s hearts. Perhaps they thought themselves worthy of being healed. “Why shouldn’t Jesus heal me?! Indeed, I have suffered long enough…it’s about time!” Only the one got it right. There was no “I deserve to be healed” attitude in his heart. There was no “I’ve suffered long enough.” There was only humility and thankfulness. There was only a recognition that he wasn’t worthy, that Jesus didn’t have to do what He did.

That’s a great way to enter this Easter Week – with a heart that recognizes total un-worthiness before Jesus. He didn’t have to do what He did. He didn’t have to be beaten, humiliated, spat on and have nails driven through his hands and feet. He didn’t have to do that….but he did. And he did it because he loved people. He loved and had compassion on people he knew were suffering. People he knew could not heal themselves. And he took care of a much more lethal disease than leprosy or COVID-19, he took care of sin. That pervasive disease infects and ruins every area of our lives – relationships, health, marriages, families. He took care of it. He healed it. He cleansed people so that they might walk differently. So that they could reenter society a changed and hopeful individual – a hope found in only Jesus himself. What a great week to turn around, fall down, and worship Jesus – the healer of our souls!

Our Beliefs Our Leadership Plan Your Visit 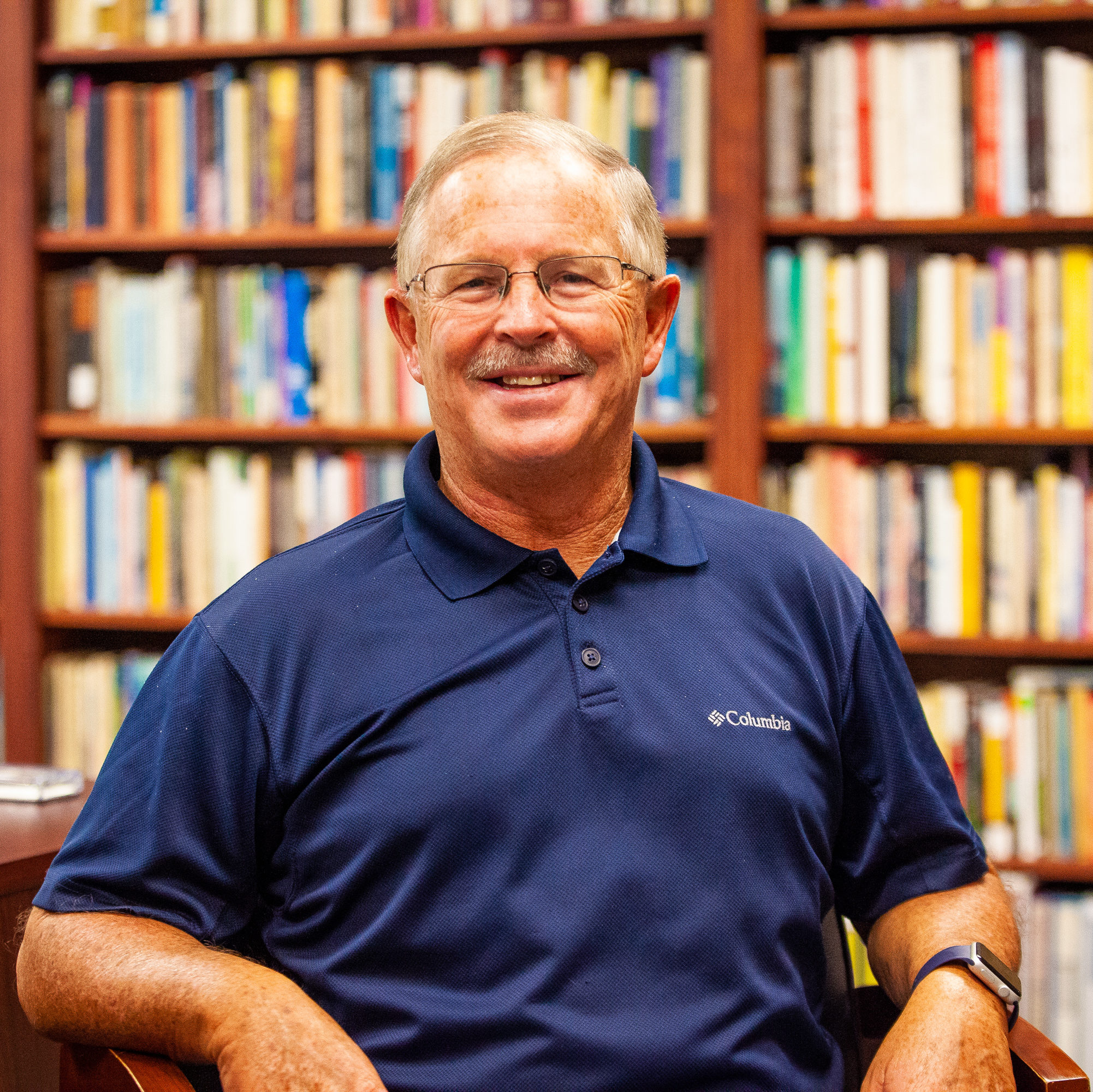 Bill has over 30 years of pastoral experience and has enjoyed the distinct privilege of serving the members at Heritage and community of Lakeland since 1997.

Growing up in New England and a Roman Catholic background, Bill was captivated by the grace of God as a sophomore in college. This radical transformation and new life motivated him to study at Cedarville University (B.A.) and Clarks Summit University, formerly Baptist Bible College (M.Div). He then served in an exclusive Green Beret unit in the U.S. Army which the Lord used to continue to prepare him for vocational ministry. Bill’s foremost desire to make disciples of Christ motivates his responsibilities for preaching, leadership, and vision at Heritage. Bill is an all-things-Boston sports fan, a member of the Cedarville University Hall of Fame as a golfer, and avid reader. He is married to Ruth, and together they have three adult children: Art (Liz), Jessica (Adam), and Jenny (Zach); they also are blessed with seven grandkids: Cissy, Sophia, Addy, Loren, Fletcher, Elliot, and Theo. 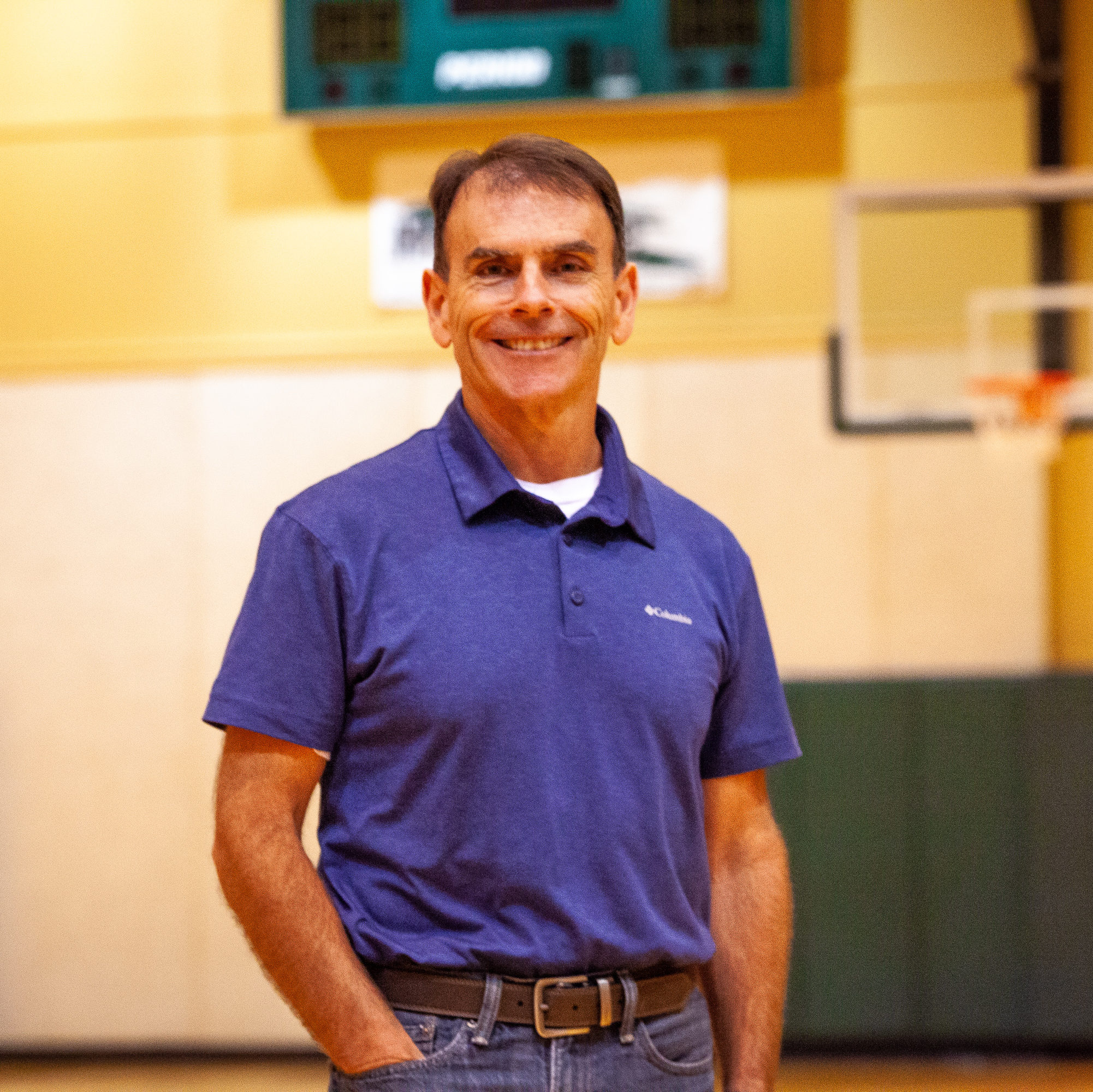 Dave has faithfully trained and discipled lay leaders, missionaries, and pastors for the last 30 years. He was raised in upstate New York—Finger Lakes region—and in a Roman Catholic home. After graduating from Rochester Institute for Technology (B.S.), he entered the workforce as a Packaging Engineer with RCA and eventually Stanley Hardware. During this time, God worked mightily in Dave’s life to bring about saving faith through the faithful witness of his wife, Jane, and a local congregation in Southbridge, MA. Dave and Jane served as youth leaders for four years until Dave was led to attend Word of Life Bible Institute.

Soon thereafter, Dave and Jane entered full-time ministry with Word of Life local church ministries for 18 years. In 2008, Dave came on staff at Heritage to oversee discipleship, outreach, and leadership training. He enjoys anything outdoors—hiking, camping, and skiing. Dave is married to Jane, and together they have three adult children: Samantha (Derek), Michael (Micah), and Daniel (Anna); they also are blessed with four grandkids: June, Betsi, Lee, and Sal. 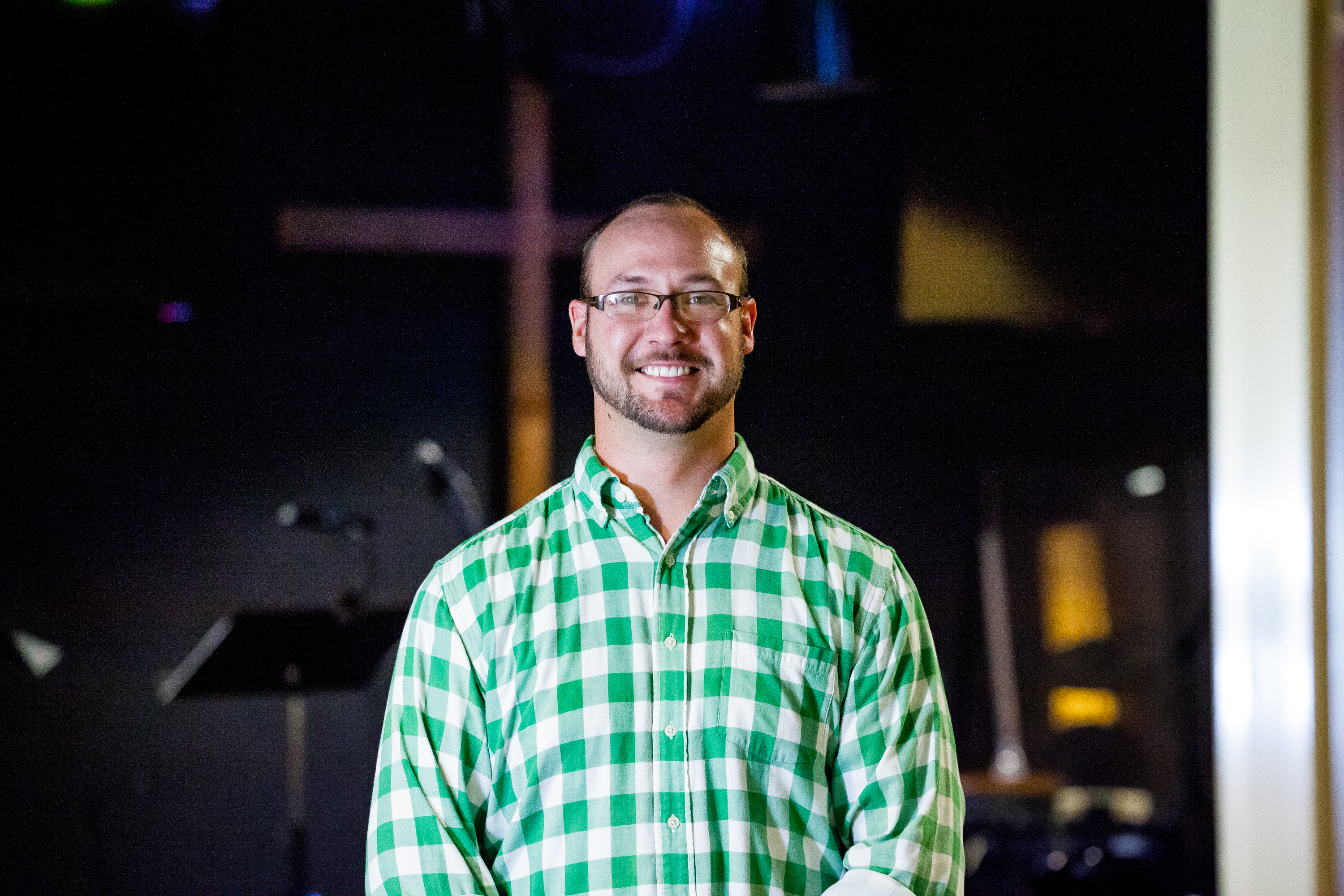 Joel was blessed with parents who knew the Lord and were faithful in their walks with Christ and commitment to the local church. Despite a somewhat legalistic church background, his home reflected love and grace, and it is in this environment in which he came to know Christ in middle school. Joel’s passion for the local church, families, and students was cultivated through both volunteer and staff positions during his college years. Then having studied at Clearwater Christian College (B.A.) and Shepherds Theological Seminary (M.Div), he joined our team to provide oversight in these areas in 2017.

He is a huge sports fan with particular affection for the Chicago Cubs and Michigan Wolverines. Joel is married to Abigail, and together they have three children: Max, Elliott, and Jackson. 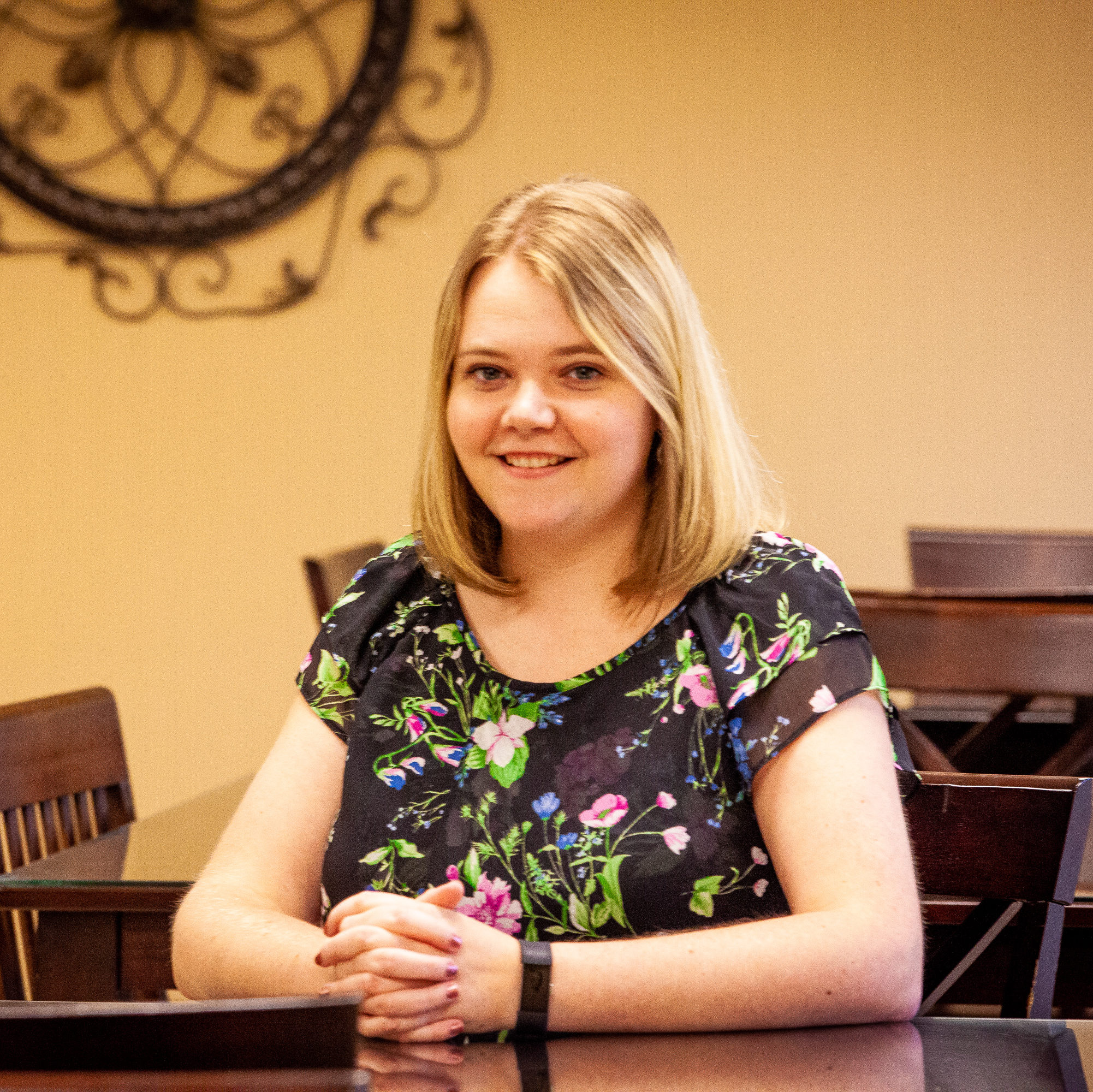 Alyssa was raised in upstate New York by parents who love the Lord and serve Him in full-time ministry. At a young age, Alyssa came to know the Lord as her Savior and desired to serve Him. God used her passion for working with young children to guide her next steps. Alyssa attended the Word of Life Bible Institute for two years, and then moved to Clarks Summit University where she studied Early Childhood and Elementary Education (B.S.).

Upon graduation, Alyssa worked in both private and public school environments while attending Grand Canyon University, specializing in working with individuals with exceptionalities (M.Ed.). She came on staff at Heritage to oversee our ministry to children beginning in 2019. Alyssa is the oldest of four siblings and has two brothers and a sister. She enjoys reading, being outdoors, and spending time with friends and family. 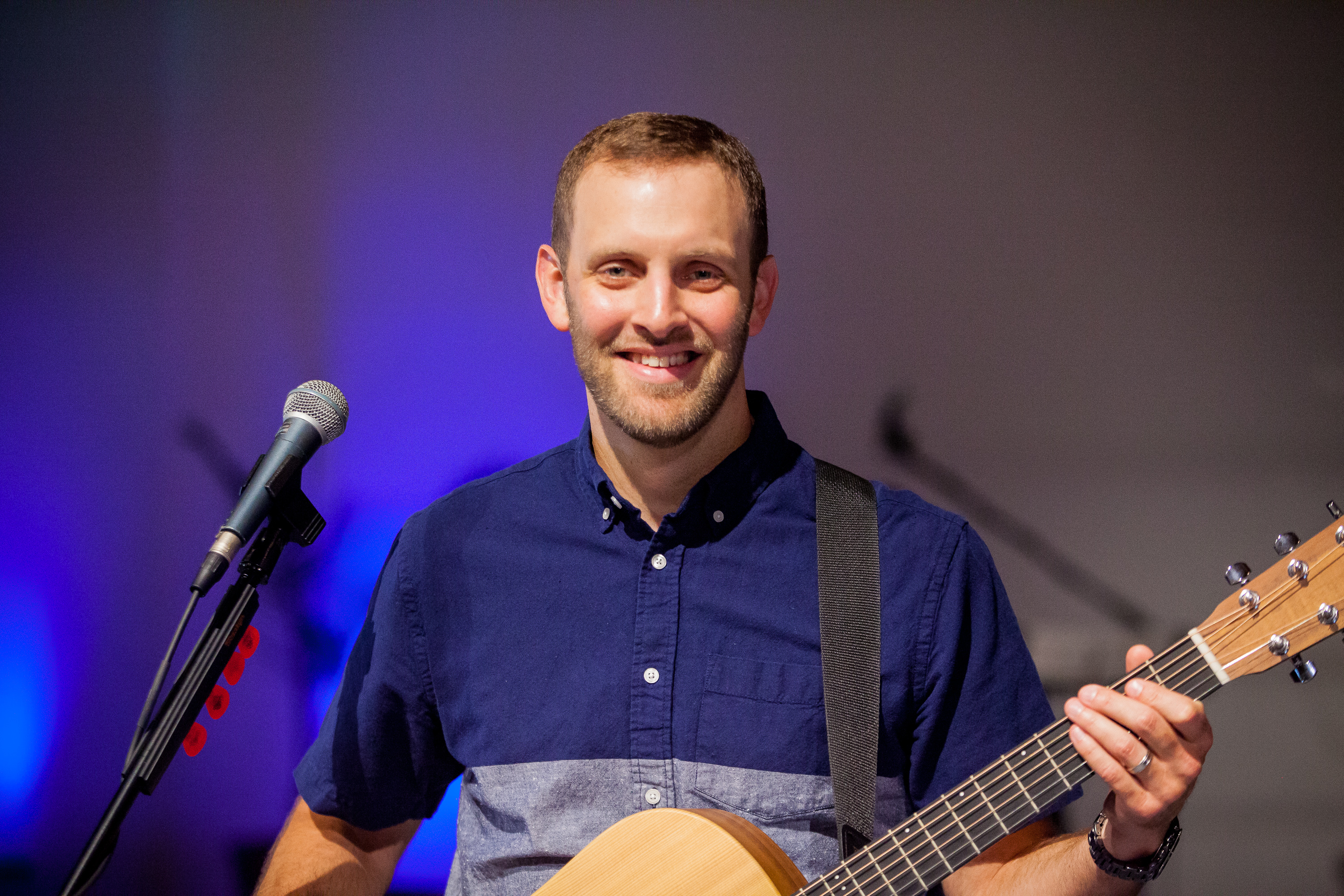 Greg was raised right here in Lakeland, FL in a family where faithful attendance and service in the local church was encouraged. He began following Jesus in grade school and developed an early love for music, particularly in the church. He participated in choirs and played the drums for student and congregational worship services. He then moved to North Carolina in 2001 to attend the College at Southeastern (B.A.) and Southeastern Baptist Theological Seminary (M.Div).

During these years, he learned to play the guitar and began leading worship for a congregation in Wendell, NC. He also served as a student minister for several years developing a love for teaching the Scriptures. Greg eventually moved back to Florida where he earned a Master of Clinical Medical Science degree in Physician Assistant Studies from Barry University. He has practiced medicine the last several years in an outpatient pediatric office and most recently in an emergency medicine setting. Greg’s passion to see and hear the people of God in community together drives his responsibilities over music and worship. Greg enjoys reading, baseball, and being with his family. He is married to Nicole, and together they have three children: Nate, Kate, and Claire.